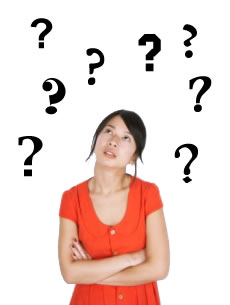 Modern skepticism is defined as rejection to take anything on belief. But a person cannot only doubt but should also act. Can you act taking nothing on belief?

The opponents of skepticism say no. They state that if skeptics actually believe in nothing, they waive any opportunity to act. If skeptics act then they believe actually in something but deceive either themselves or others. Is this true?

Skepticism cannot avoid the questions of proper actions in any cases, problems of ethics and politics. However, how can it make a basis for the own practical recommendations? Probably, one should know the results from any actions. For this purpose, probably, one should know that the same actions in similar conditions give the same results. This knowledge, in turn, assumes the concept of causality, which special case is relation between an action and its result. Therefore, skepticism should base upon the concept of causality in order to make the basis for actions of a skeptic.

However, it is sufficient to refer to the studies of Sextus Empiricus and David Hume, as well as Nagardjuna, Kouo Siang, Al Ghazali, Joseph Glanvill, Nicola Malebranche, Immanuel Kant, Bertrand Russell and many others in order to understand that causality is not an absolute fact at all but rather a belief, which is empirically unreasonable and logically self-contradictory. Moreover, this belief exists in numerous mutually excluding versions of the same value.

We should recognise that modern skepticism is inconsistent in double as it gives no practical recommendations but uses the belief in causality. We often see the statements of skeptics that their goal is to make the rational figure of the world based on strictly scientific establishment of causal relations. As a result, scepticism restricts itself with discrediting secondary wonders, permanently replacing one doubtful interpretation with another and telling nothing of life and action. Isn’t it the time to correct this dangerous mistake?

Consistent skepticism should take on belief no concepts of causality and at the same time make an integral life position containing original practical recommendations with respect to ethical, social and political problems.

We cannot consider with proof with respect to existence of any causal relation between our actions and their results and the nature of this relation in the whole. Being skeptics, we have no strong reasons to do anything to do nothing in order to achieve or avoid any results. We cannot consider surely at all whether our action or omission gives any results and if yes then what results. The fact that the certain relations between our behaviour and its definite results took place in the past does not give us the sufficient basis to state that these relations with necessity would exist in future. And if we can afford ourselves to ignore the belief in causality with respect to some simple manipulations in everyday life, we cannot do this with respect to more complex sequences of actions, especially, in the case of life plans or actions by numerous people. Probably, I can rely on the fact that striking keys will make letters on display but I cannot imagine absolutely, for example, the effect of my text on the mind of readers.

Whatever we do, we risk. But this risk from a comedy of mistakes at the level of everyday life turns at least into a drama, when we spend in vain large periods of life on some goals (i. e., planned results), and into a tragedy, when the same is done by large groups of people applying violence to each other. What follows from this?

1. Tolerance. – Consistent skepsis dictates us to have equal attitude to all the versions, to take nothing on belief and to reject nothing. In one version, the relation between human behaviour and results has the nature of impersonal regularity; this is contingency in the second version, karma in the third one, and will of God or gods in the fourth one, predetermined harmony, etc. Each of these versions has the same right of existence, any of them may appear true or false. There are no sufficient arguments so far in favour or against any of them; therefore, we should be tolerant at maximum and attentive as researchers with respect to selection of non-skeptics as they verify their selection with the own life.

A skeptic should not force the own views to others or propagandise them at all. We are not sure that others are not right as we are not sure that we are right. Maybe, we are minions of fortune or friends in misfortune, but in no case we are entitled to admit to our circle anybody, who believes in something. Though we should tell the truth of the own belief and remain open to those, who came to scepsis by themselves.

2. Care. – Consistent skepsis dictates us to do primarily those actions, which result is the most predictable. They include, first, those actions, which already contain some required result. For example, if you go in for your favourite business, this is luck already, despite of the revenues. And if you fail to earn great money; at least, you will not be sorry for the lost time. Life itself should have values even in the case, where the goals of life appear false or unattainable. We should never make ourselves and others suffer for the sake of something, which is only a result with doubtful appearance.

Certainly, the best of all is combination of pleasant and useful, when you deal with anything, which you like by itself, but with a high probability it can give additional results. Here the reasonable probability comes in force, which is calculated on the basis of scientific or life statistics.

3. Direct action. – Consistent scepsis dictates us to do primarily those actions, which give the desirable result in the shortest way. If we undertake something, which is not the goal by itself, then we should better reduce the distance to the goal to minimum. This means not only simplification of our plans but their return to ourselves. The ultimate goal of everybody of us is some status of mind (pleasure, happiness, nirvana, comfort, etc.). Therefore, we should primarily work on ourselves, direct our actions to ourselves rather than to external reality.

4. Development. – Consistent scepsis dictates an individual to develop the own cognitive capacities and to overcome the own restriction in order to increase the chance to make the correct selection. If we have insufficient capacity to cognize the truth, then we should develop ourselves permanently in order to cognize it. Extensive development assumes continuous accumulation of knowledge and maximum possible increase in duration and diversity of life experience. Intense development assumes breakthrough the means of cognition, which people get from nature. The matter is not only continuation of human bodies of sense in technology but also critical use of various methods of individual development, which revision could make skeptical yoga.

Life of very many people is suffering. But we do not know whether there is a cause of this suffering and which. And even if we knew this cause we would not know how to neutralise it. Therefore, we have the only option to develop ourselves in order to know how to get rid of suffering. Quite probably, we will see how suffering will go away already in the course of such development.

Life of many people is aspiration to ideal. But we not know precisely the way to this ideal in order to achieve it surely. All these people risk. Therefore, they have the only method to develop themselves in order to know this way. Quite probably, we will see this ideal approaching in the course of such development.

One of the most essential goals of development is immortality. We do not know what will happen to us be after death. Due to death, we are deprived of the opportunity to know the far results of our actions and, maybe, to correct them. Immortality is the opportunity of cognition, provision of infinite experience and development.

5. Unity. – Consistent skepsis dictates us the necessity to coordinate the own experience and activities with the experience and activities of other people. Critical comparison of the own point of view with the maximum possible number of other viewpoints increases the chance to find the truth. In addition, the attention of one person may be concentrated sufficiently only in one relatively small problem, while cognition of all the vitally essential problems requires division of labour in the frameworks of some social unity. Therefore, sceptics of the whole world should join some society, which main sphere of attention will be not discrediting paranormal phenomena but methods in development of cognition from magic to genetic engineering, from transcendental meditation to social revolution.

6. Honesty. – Consistent skepsis dictates us to create reliable provisions of collective cognition. Skeptics should become those people, who win confidence. Unless we can know precisely what to expect from the surrounding world, then we can at least act in order to know precisely what to expect from each other. For this purpose, it is necessary, first of all, if possible, to avoid any lie or default, at least, in essential matters. Our cognition is already too weak that we could afford to mislead each other.

But it is insufficient to be individually honest, it is necessary to create the institutional fundamentals of confidence. Today we rely on the data of science not because we conducted any experiment by ourselves but because we are confident in the scientists, who conducted this experiment with the reputation of honest and critical researchers. This reputation is developed due to the institutions, which educate people with the said qualities. That is why sceptics should unite and create the standard of education and behaviour to enable further generations to reproduce the atmosphere of honesty and criticism.

In addition, one cannot be sure of the results of the own behaviour if laws are absurd or unenforceable if they punish innocent persons, while criminals win the power, if labour is not paid with deserved remuneration and parasitism is prospering; generally speaking, if community and state does not do its best to provide a stable, clear and reasonable relation between behaviour and results thereof. Until we cannot cognize the natural causality, we should at least reproduce artificial one. Unless realty gives us any guarantees, we should give strong guarantees to each other.

7. Power. – Consistent skepsis dictates us that skeptics should take the power.

First, the goals of skepsis can be realised in full extent only through a certain public structure, which includes primarily the liberty of access to information, liberty of exchanging opinions and liberty of selecting the way of cognition and development. The state power should be directed to creation and provision of free development.

Second, most non-skeptics, who follow their belief, lead the subordinate society to their own ideals by the way, which they select without sufficient reasons. The ideal of skeptics is actual liberty of selection, which is possible only with the diversity of practicable ways and their free comparison. In the opinion of consistent skepticism, each individual makes a treasury of unique experience and, maybe, this very experience makes the missing link in cognition of the truth. Therefore, skeptics are most interested in preventing prosecution against dissidents and in prohibition of death penalty.

Only doubt gives the right of power and only power of true skeptics makes us feel safe in reality.

Realisation of all these imperatives of skepsis is possible only in the case, where modern skepticism turns from discrediting tales of extraterrestrial aliens and poltergeist to urgent problems of life. If we doubt and take nothing on belief but realise at the same time that people are too weak and imperfect to cognize the essential matters, it is necessary at least to undertake some steps to improve the situation. Skepsis is praxis. It is time to unite the efforts of skeptics and turn from meditative doubt to action in order to increase our chances to cognize the truth even if slightly.